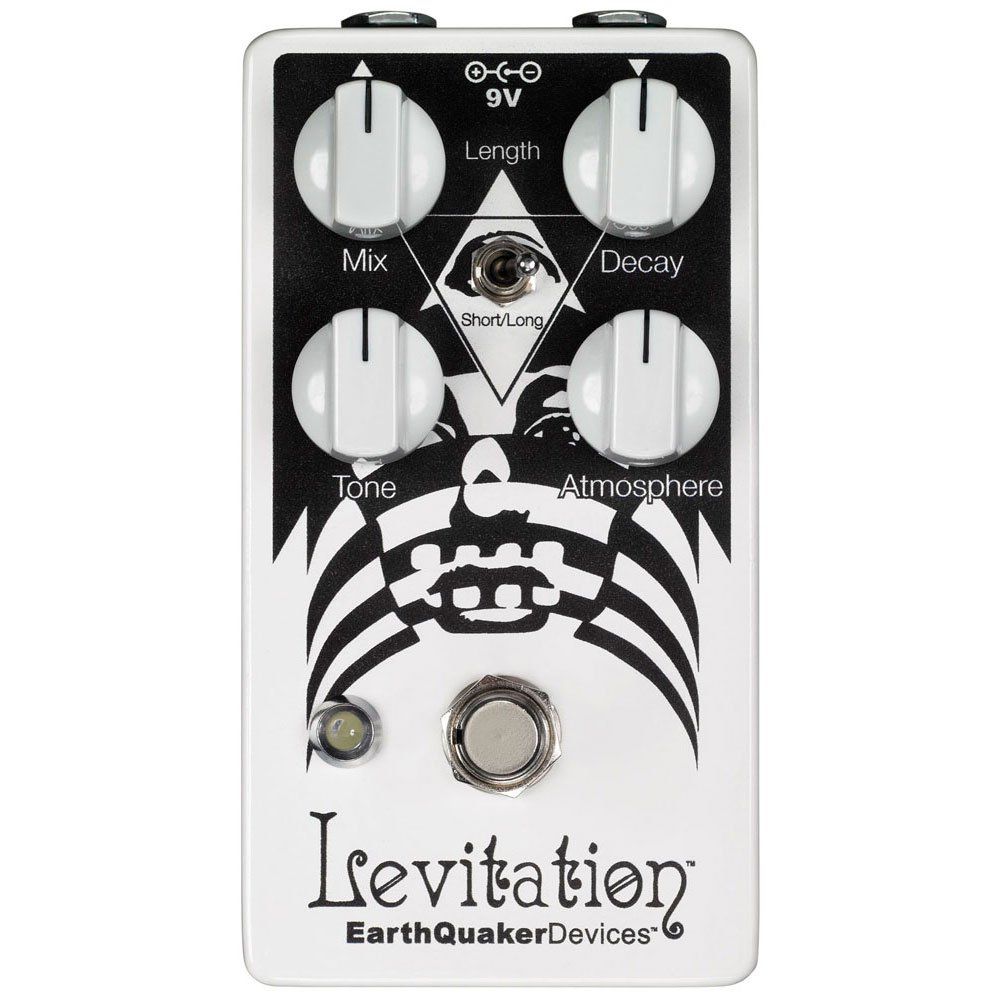 This is an EarthQuaker Devices - Levitation V2 - Reverberation Machine!

Designed in the Spirit of the Levitation Music Festival
The EarthQuaker Devices Levitation Reverb V2 electric guitar effects pedal brings a powerful reverb that mimics old-school chambers, spring, and plates to your pedalboard. Built in cooperation with the Levitation Music Festival in Austin, Texas, the idea was to offer a pedal that celebrates the washing sounds of psychedelic rock. Standard spring-type sounds are included, but turning up the Atmosphere knob adds more harmonic content for everything from subtle room sounds to infinite reverb oscillations. Keep the spirit of psychedelic rock alive with this Levitation Reverb.

We inspect every single item when it first arrives!

We are an authorized EarthQuaker Devices Dealer.
We inspect every item before we sell.

NO INTERNATIONAL SHIPPING AVAILABLE!
PACKED AND READY TO SHIP SAFE AND SOUND!

ABOUT US
We have been a repair shop for 20 years and repair instruments for people all over the world!

We have been a locally owned guitar shop in Denton, TX since 1994. We provide an incredible selection of musical instruments for both amateur and professional musicians. We stock both acoustic and electric guitars, electric and upright basses, mandolins, resonators, banjos, violins, violas, cellos, drums, pedals, effects, mics, stands, straps, amplifiers, PA gear and more. We are dedicated to competing with and beating the lowest internet prices on everything we carry in-store.

We have long been the place musicians depend on for expert instrument set-up and repair. We started out as an instrument repair business in the early 90's and our business and clientele have grown year after year! We are both Denton, TX's Largest Music Store and Denton's Oldest and Best Musical Instrument Repair Shop.